Discover Fitness Foundation » Who We Are » Board of Directors 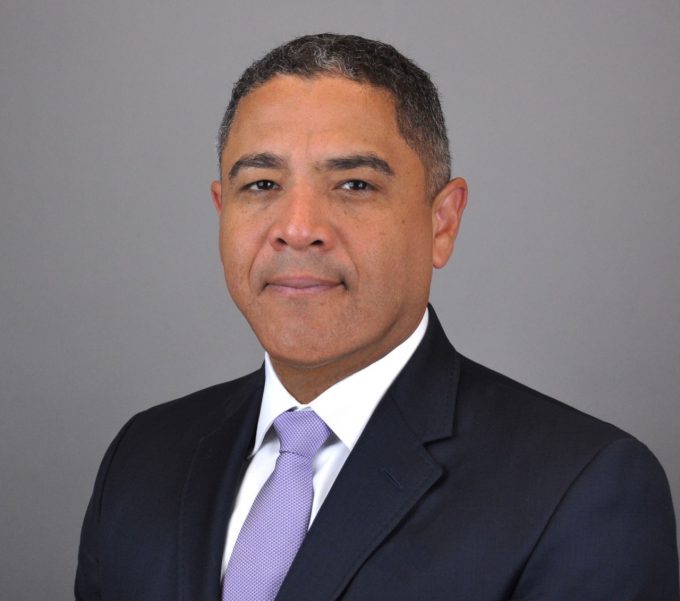 Donald Anderson is a Partner with the Washington, DC based risk intelligence and strategic advisory firm TD International (TDI). He oversees the operations of the TDI Houston office and is actively engaged in operations in the Americas, Europe, Africa, and Asia. He advises clients on economic and counterparty due diligence, geopolitical risks, government relations, crisis situations, anti-corruption compliance, mergers and acquisitions, joint ventures, social impact and ESG engagements, and commercial disputes.

Donald has a BS and a MS in civil engineering from Louisiana State University, and an MBA from Rice University. He routinely lectures on the importance business ethics and government relations. He has been a guest speaker for professional organizations such as the Emerging Markets Private Equity Association (EMPEA), the Institute of Internal Auditors (IIA), the Financial Times of London, and others. He has also worked with state and local legislators as well as US congressional representatives on issues impacting energy and infrastructure policy.

In addition to the Discover Fitness Foundation, Donald is also a board member with the Christus Foundation for Healthcare which is dedicated to providing healthcare services to people of all faiths through clinics, mobile units, and specialized programs. He is also a Houston Marathon Legacy Runner and he was a member of the founding committee for the Steps-for-Students 5k Race/Walk benefiting Catholic education within the Archdiocese of Galveston-Houston. 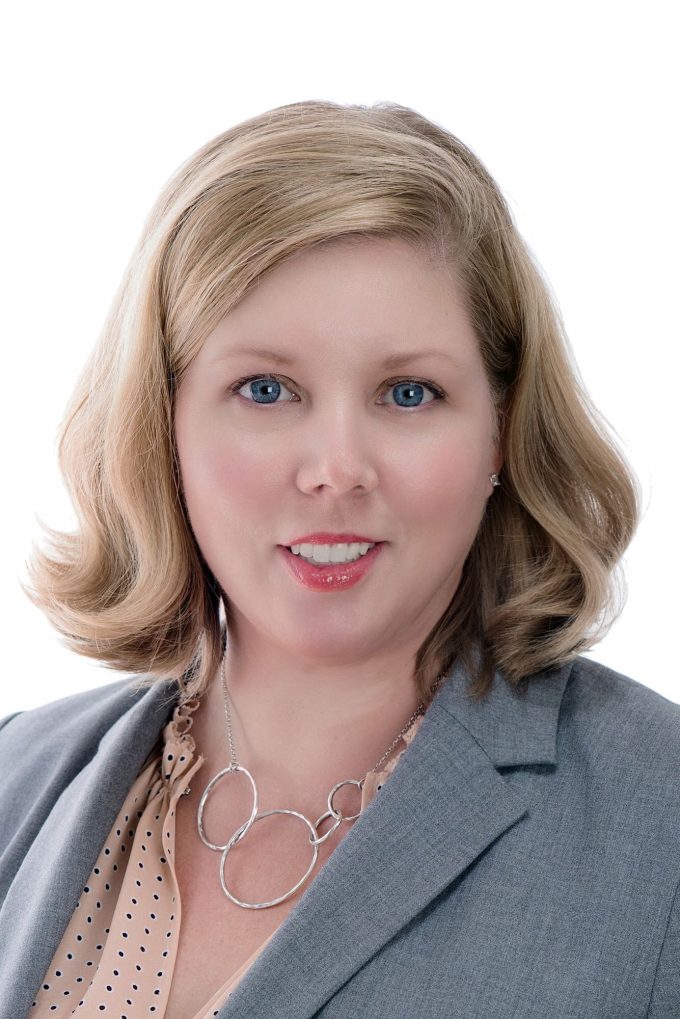 Allison has been central to transformative and fundraising efforts around children’s health and children with special needs for over 30 years. She first served as a waterfront director and then program director at a summer camp for children with physical and cognitive differences during college. From the perspective of a Division I athlete, the contrast in the children’s access to education and opportunities for life experiences was disquieting. These encounters were life-changing for her in learning to respect differences in others and in developing as an advocate for including and accommodating people with special needs in all aspects of life.

Allison has dedicated herself to the Houston community with 16+ years of nonprofit board service. Allison currently serves on the Board of Directors for Houston A+ Challenge and the Community Advisory Board for Recipe for Success. She has led transformative initiatives for both the Houston Food Bank and Boys & Girls Clubs of Greater Houston through a philanthropic internship program she leads for her company. She has been honored as a Woman of Vision by the Texas Diversity Council, a Role Model by the Greater Houston Women’s Chamber of Commerce, an Outstanding Leader by the Greater Houston Partnership, and as the Patrice Johnson Distinguished Alumnus for Class XXXI by Leadership Houston.

Allison has a BA in Biochemistry and Cognitive Science from Dartmouth College. She received a National Science Foundation Fellowship in Science, Engineering, and Technology for graduate work at Stanford University, and holds an MBA in Finance and Management Information Systems from the University of Miami Graduate School of Business. Allison is a Vice President with Pariveda, serving both locally as a market executive and nationally in driving thought leadership for the future of healthcare.

Allison has been a parent of children at Discover Gymnastics since 2015 when her children were enrolled in recreational classes. Now her daughter, Katya, is on the Girls Junior Olympic Level IV team, and her son, Max, is on the Boys Junior Olympic Level VI team. The whole family appreciates the commitment to quality of the Discover leadership team and the collaboration of the athletes, coaches, leaders, and parents in supporting the gym, the Discover Fitness Foundation, and the wider Houston community. 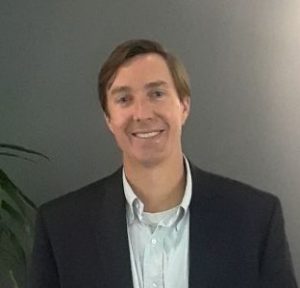 Frank holds a Bachelor of Science degree in Finance from Louisiana State University and a Master of Business Administration concentrated in Finance from The University of Houston.  Frank is a member of the LSU Foundation Houston advisory council, which helps expand academic opportunities through increased philanthropic support.

Frank and his wife Colleen have two active daughters.  In their free time, Frank and his family enjoy kayaking, hiking, snowshoeing, and camping.   Frank believes in the virtues of physical fitness and nutrition and hopes to improve the health of local children through his efforts with the Discover Fitness Foundation. 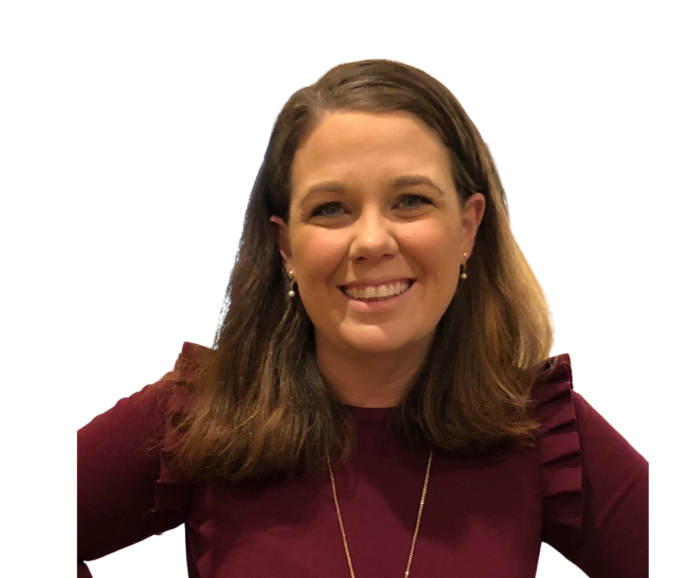 Anna Havens is a native Houstonian. She graduated Texas A&M University with her Bachelor of Science. After spending years teaching elementary and middle school ELA in brick and mortar schools, Anna began her online teaching career with Kolbe Academy this fall.

Anna and her husband, Jonny, have three daughters; one is a competitive gymnast and the other two are involved in other sports and activities. Anna and Jonny are active supporters of many great nonprofits in Houston: the Junior League of Houston, Combined Arms and several other Veterans’ Organizations, St. Anne Catholic Church, and the Discover Fitness Foundation. As a teacher Anna is very excited to participate in an organization that helps children be their best and most authentic selves!

Svetlana Boguinskaia was a Soviet/Unified Team/Belarusian gymnast. Especially renowned for the drama and artistry she displayed on floor exercise, she was called the “Belarusian Swan” and the “Goddess of Gymnastics” because of her height, balletic grace, and long lines. Boguinskaia is a three-time Olympic Champion, winning an individual gold medal in Vault at the 1988, and team golds in 1988 and 1992.

Today Boguinskaia lives in Houston, Texas with her husband and two children. She runs two businesses, an online gymnastics apparel retailer and a summer camp for gymnastics students, but she also considers herself a stay-at-home mother. 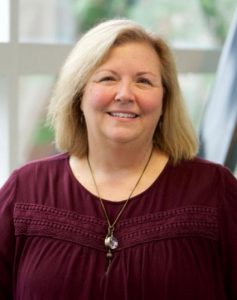 Lisa R. Ford is a neonatologist in Canton, Ohio as well as the owner of Diva Gymnastics Academy established in 2010. Lisa has a Bachelor of Arts degree from The University of Tennessee and received her Doctor of Medicine degree from The University of Florida. She is board certified in Pediatrics as well as the subspecialty of Neonatology and is a Fellow of the American Academy of Pediatrics.

Lisa is a life long fan of the sport of gymnastics and became involved more personally in the sport as the parent of a gymnast in 2002. She opened Diva Gymnastics Academy in 2010 with the goal of providing a safe, healthy and empowering place for children to learn gymnastics in a recreational or competitive program. Diva is affiliated with USAG, AAU and NGA.

Lisa is the mother of two amazing adult children, Aaron and Emily, continues to work part time as a neonatologist, assists her husband, Martin, with Deep Creek Farm draft horses and is enjoying getting to spend more time with her Diva family 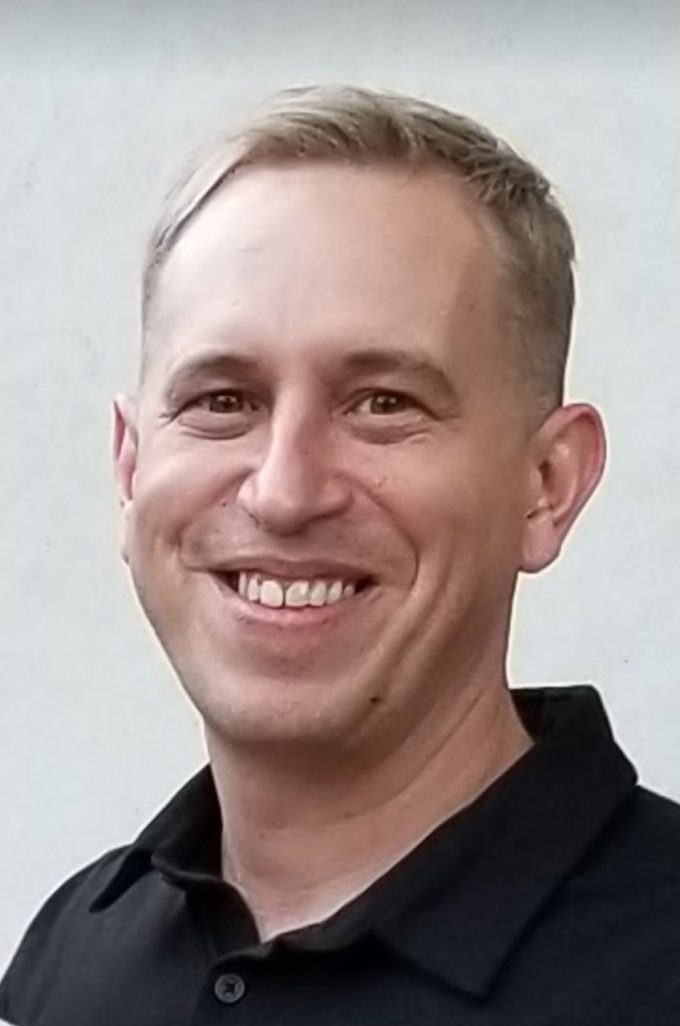 Travis Seefried joined the Discover Fitness Foundation in October 2021. Born and raised in Franklin, Pennsylvania, he has been involved in the sport of gymnastics since 1988 when he first became a coach. A true fan of the sport, he has attended numerous major competitions including the World Championships and Olympic Games and was also a writer for International Gymnast Magazine. Travis is currently the head coach and director of Diva Gymnastics Academy in Canton, Ohio. He is also a proud member of USA Gymnastics, Amateur Athletic Union, and the newly formed National Gymnastics Association. Travis has also served on the National Rules Committee for AAU Gymnastics as well as being the Ohio District Chair.

Travis is very excited to be a part of a great corporation that promotes gymnastics in a positive way and allows all children to participate despite obstacles and hurdles in their lives. Whether it is at the recreational or competitive level, Travis believes all children should experience this amazing sport that teaches so much more than just the skills or tricks in gymnastics. Gymnastics can teach children self-esteem, discipline, respect, determination, and better communication skills. All of these can help children become the best adults they can be. 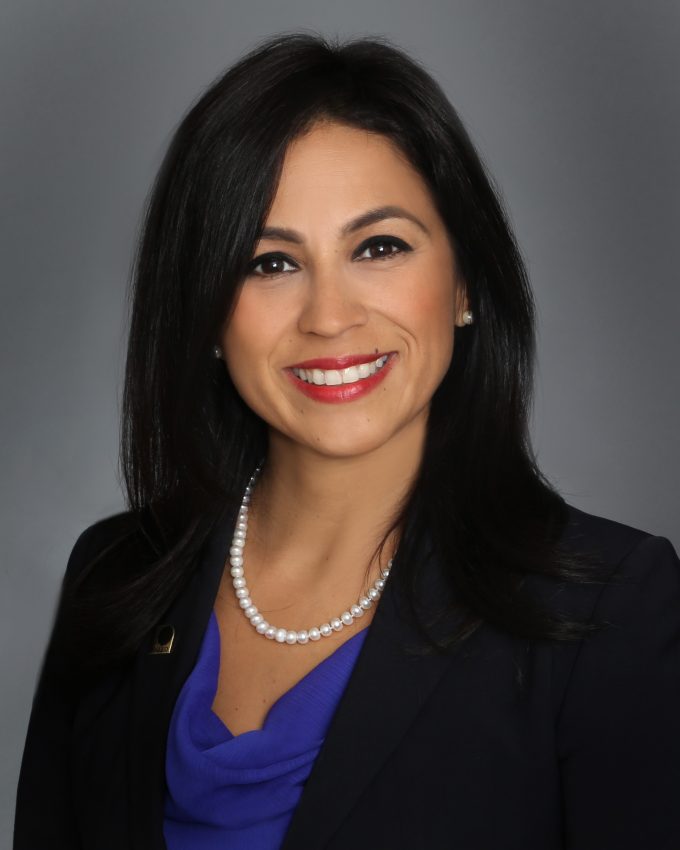 Claudia Ortega Hogue is the Founder and CEO of Global Communities Houston, LLC. Her primary goal is connecting resources to non-profit organizations, underserved communities and raising awareness on social concerns through education, engagement and empowerment.

Claudia served as the District Director for the 29th Congressional District of the U.S. House of Representatives for one of the first Latina’s to ever represent the State of Texas. In this role, she oversaw the management and operation of the district office, served as a key liaison to local elected officials, community organizations, constituent services, businesses and Washington, DC. Her primary focus areas included congressional representation, immigration, voting, decennial census and government affairs at the local, state and federal level.

Prior to joining the U.S. House of Representatives, Claudia worked as the Southwest Regional and Texas State Director with the National Association of Latino Elected and Appointed Officials (NALEO) Educational Fund. NALEO Educational Fund is the nation’s leading non-profit, non-partisan organization that facilitates full Latino participation in the American political process. She focused on naturalization, voter engagement and census mobilization campaigns throughout Texas, Arizona, New Mexico and Oklahoma.

In addition to the Discover Fitness Foundation, Claudia serves in several nonprofit board positions in the Greater Houston Area. Most recently, she was selected to serve with the Houston Community ToolBank, a nonprofit tool lending program that provides community organizations (and disaster volunteers) with year-round access to an inventory of tools for use in community improvement projects.

Claudia has been featured and profiled in The New York Times and Latina Lista. She has been recognized as “Houston’s 50 Most Influential Women” by the Houston Woman Magazine and “35 Houston Latinos You Should Know!” by the Houston Chronicle. Claudia is a Fellow at the American Leadership Forum (ALF), Class LIV, an organization whose mission is to join and strengthen diverse leaders to serve the common good.

Claudia and her husband Joshua Hogue, have two wonderful children, Joel (15) and Eva (12). The Houston Hogue’s have been part of Discover Gymnastics Family since they were four and five years old. Eva is currently a Level 7 Women’s Development Team competitor.