Discover Fitness Foundation » Who We Are » Advisory Council » Claudia Ortega-Hogue 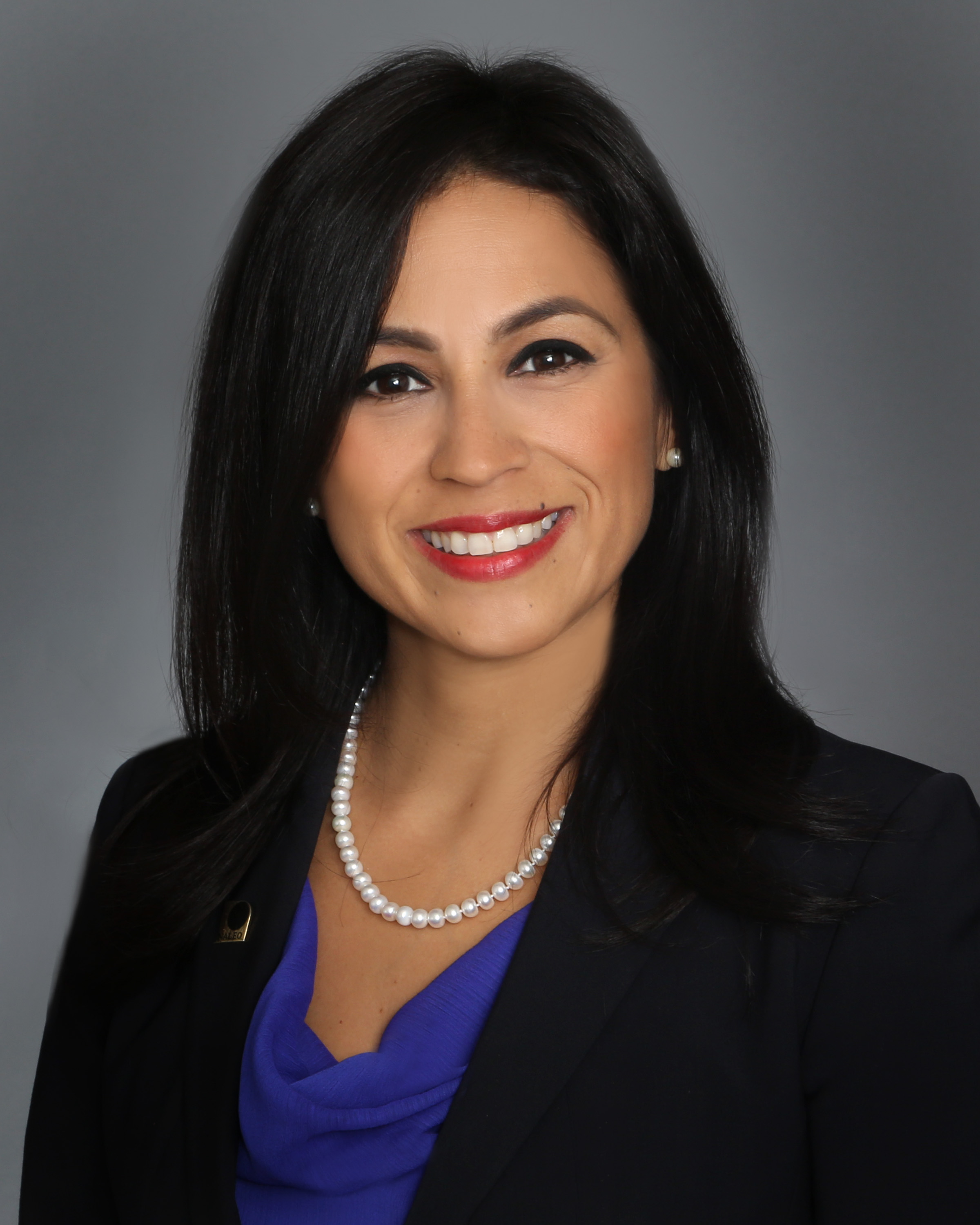 Claudia quickly ascended from Program Manager to local director to the Texas and Southwest Regional Director of Civic Engagement for NALEO Educational Fund. Responsible for the development and implementation of its naturalization and voter engagement mobilization programs, she organized and lead countless citizenship and immigration forums, naturalization workshops, voter education forums, non-partisan get-out-the-vote campaigns, and voter registration drives in the State of Texas as well as in Arizona, New Mexico, and Oklahoma. In the process, Claudia presented to diverse audiences at numerous training and briefings across the country and in Mexico, on issues ranging from U.S. citizenship to the Latino vote.
Claudia’s fierce devotion to civic engagement has garnered attention and earned her various noteworthy leadership appointments and recognitions. Most recently, Claudia was appointed by Houston Mayor Sylvester Turner to serve as the Co-Chair for the 2016-2018 Mayor’s Advisory Council of International Communities and Co-Chair for the 2011-2018 City of Houston’s Citizenship Month Initiative. She currently serves as Board President for Latino Giving Houston and Board Advisor for the Latino Initiatives for the Holocaust Museum. Past board and appointments include, Board Advisor for Hermann Park Conservancy, Board Executive Vice President for the League of Women Voters of Houston Education Fund and 2016 Public Safety Transition team (appointed by Mayor Sylvester Turner’s Administration).

Claudia has been featured and profiled in The New York Times and Latina Lista. She has been presented the 2017 Sam Keeper Award for Excellence in Voter Services by the The League of Women Voter of Houston Education Fund, recognized as “Houston’s 50 Most Influential Women of 2016”, 2016 Changer Maker Award by the New Leaders Council-Houston and the 2015 “Community Women of the Year” by Solo Mujeres. In 2014, she was selected as one of 2014’s influential Latinos of Houston by Latino Leaders Magazine and in 2013 she received the “Congressional Recognition for Long-Term Commitment to Community Engagement” by U.S. Representative Al Green. She was also named one of “35 Houston Latinos You Should Know!” by La Voz de Houston/Houston Chronicle.
In a short time, Claudia has demonstrated a true calling for public service. She is a humble, sincere, strong and determined leader that is certain to influence the social and political landscape at all levels for years to come.

Claudia holds a Bachelor Degree in International Business from Oral Roberts University and is currently pursuing a Master of Non-Profit Management at the University of Houston-Downtown. She is married to Joshua Hogue and has 2 beautiful kids – JoJo and Eva E.