Discover Fitness Foundation » Who We Are » Advisory Council » Alejandro Parma

Alejandro Parma  – Chairman of the Board 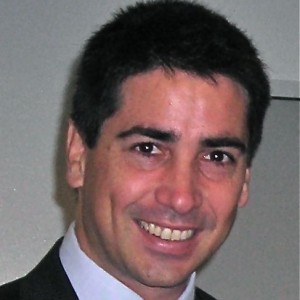 Alejandro earned a graduate degree from Rice University (MBA for Executives, 2013) and an undergraduate degree from Universidad de Buenos Aires (Licentiate in Economics, 1997). Alejandro has spent 15 years in international assignments with Schlumberger, the world’s leading oilfield services company. He began his career in 1996 in his home country of Argentina, and first relocated to Houston in 1998 to work as Financial Analyst. He later held several other financial roles with increasing responsibility in Europe, South America, and North America.

Alejandro is married to Simone Coscarelli Parma and has a 9 year old daughter (Martina). Simone works as Online Marketing Project Manager for Schlumberger, is a museum docent at the Rienzi and a volunteer at the Museum of Fine Arts, Houston. She also sits on the Boards of Directors of the BMA (Business Marketing Association) and the Rienzi (the MFAH house museum for European decorative arts and paintings).

During the MBA for Executives program at Rice University, Alejandro worked on a project aimed at creating a replication strategy for Generation One, a non-profit organization committed to the spiritual growth and physical rebuilding of the impoverished areas of the Third Ward of Houston. This project sparked his desire to get actively involved with a non-profit organization, and he reached out to Discover Fitness Foundation through Bodene Orr, a member of its Advisory Board.

Alejandro’s hobbies include playing soccer and golf, and traveling to exotic destinations.